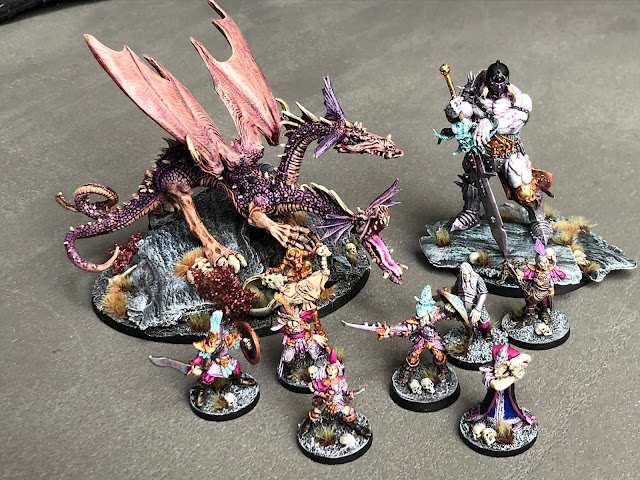 Because now, thing are getting serious in this "competition", after Steve had literally broken the game with his Cult of the Colossus army, I pushed myself to paint my Keggox and friends !!

I didn't want to make it pink as the Great Spined Dragon, so I try different layers to make its skin closer to corrupted flesh. Its scales are purple because I like to imagine him as an Amethyst Dragon with amethyst gemstones fused with its scales. I did the base with tree bark and some GW complements.

I felt he was a bit lonely so I decided to paint some friends for him :) 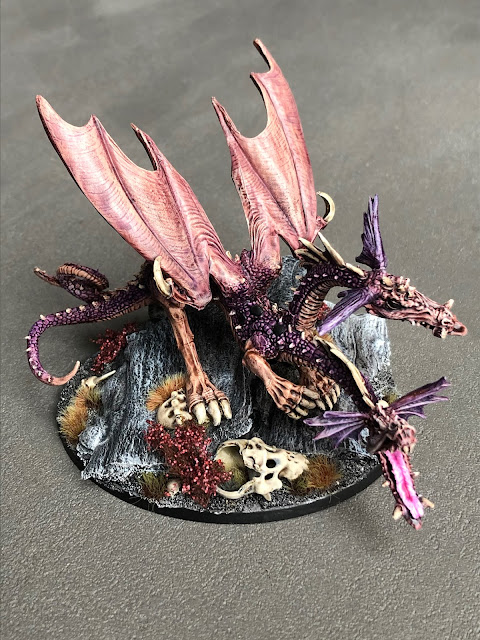 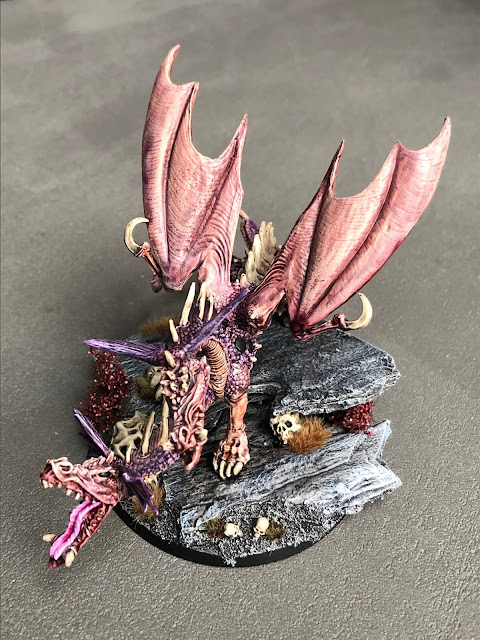 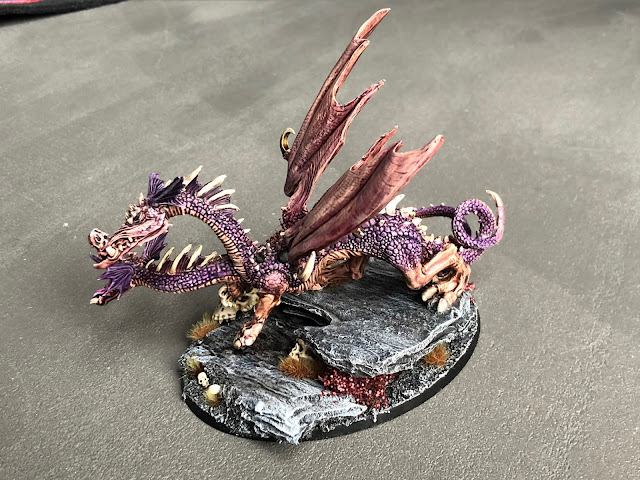 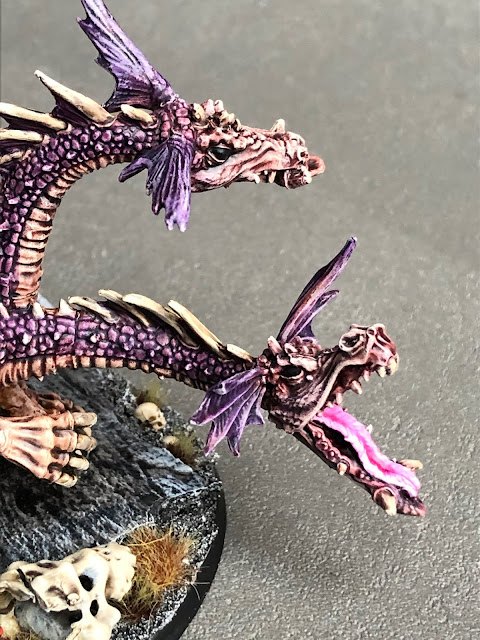 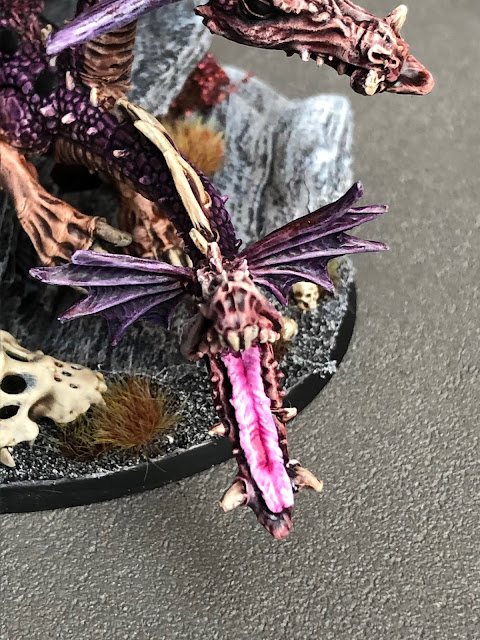 I had since a very long time a huge barbarian from Stephane Simon's own range, Belius. Stephane Simon is an amazing French sculptor that worked a long time with Rackham (he did all the nasty stuffs, Apostate of Darkness, Molochs...).
His miniatures are a real pleasure to paint : I feel like the paint is going by itself on the miniature :D
The miniature is very realistic compared to my Oldhammer stuff, but I like it very much. It will be a giant or an half giant. 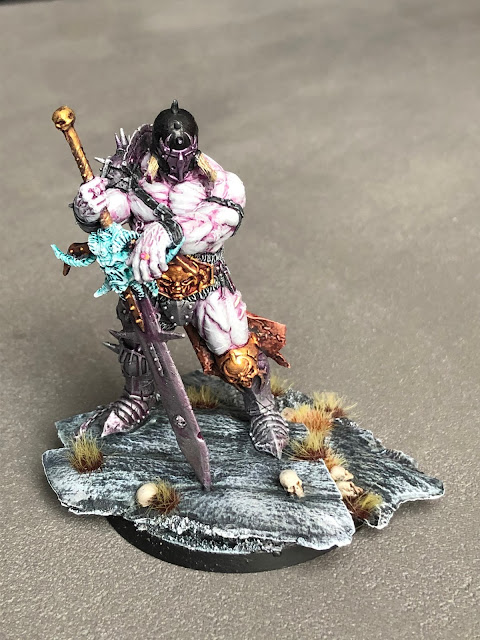 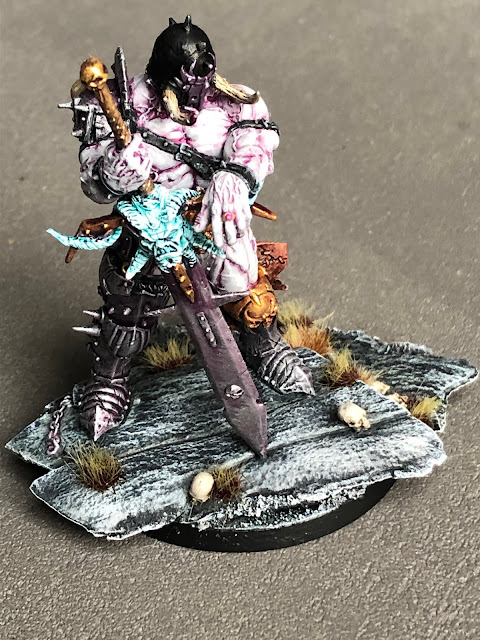 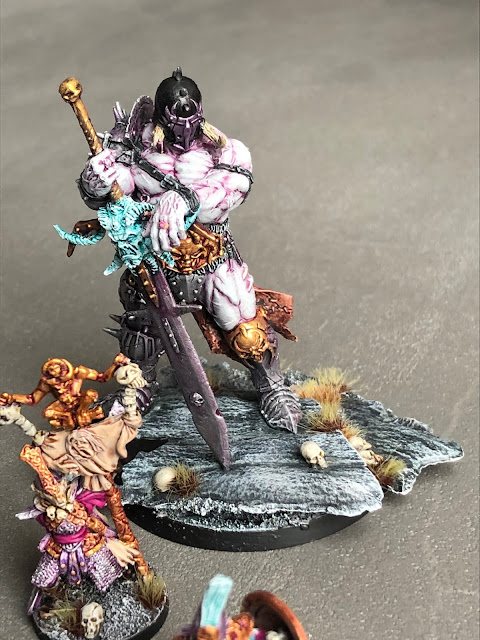 And to conclude, I decided to add those old dark elves: one sorceror with 6 shades. Anyway, no Slaanesh army is completed without a contingent of depraved dark elves right ?
One of them I from Hasselfree miniatures. 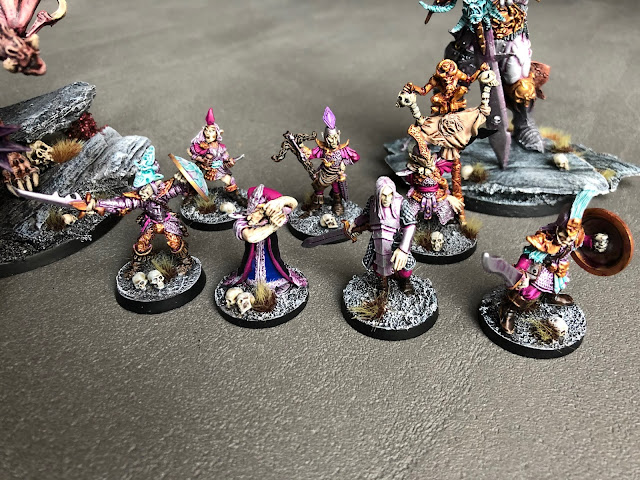 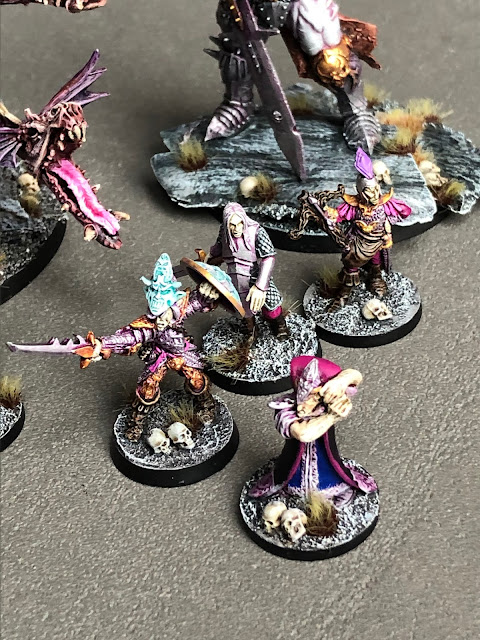